How to Read Ukulele Chord Diagrams

This is a Gm chord (in standard tuning on a soprano ukulele). Holding the diagram is shown on the photo. 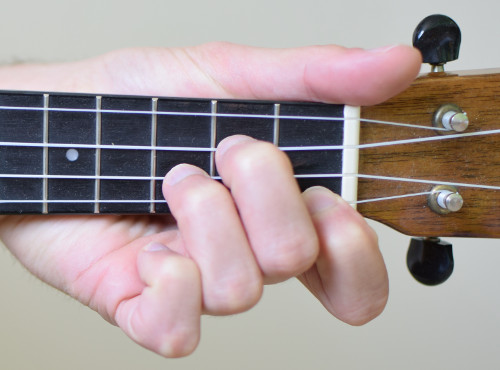 The circles with numbers are the positions of fingers. The numbers represent fingers: 1 is index finger, 2 is middle finger, 3 is ring finger and 4 is the pinky.

The line connecting finger positions means that you place your finger across these strings. 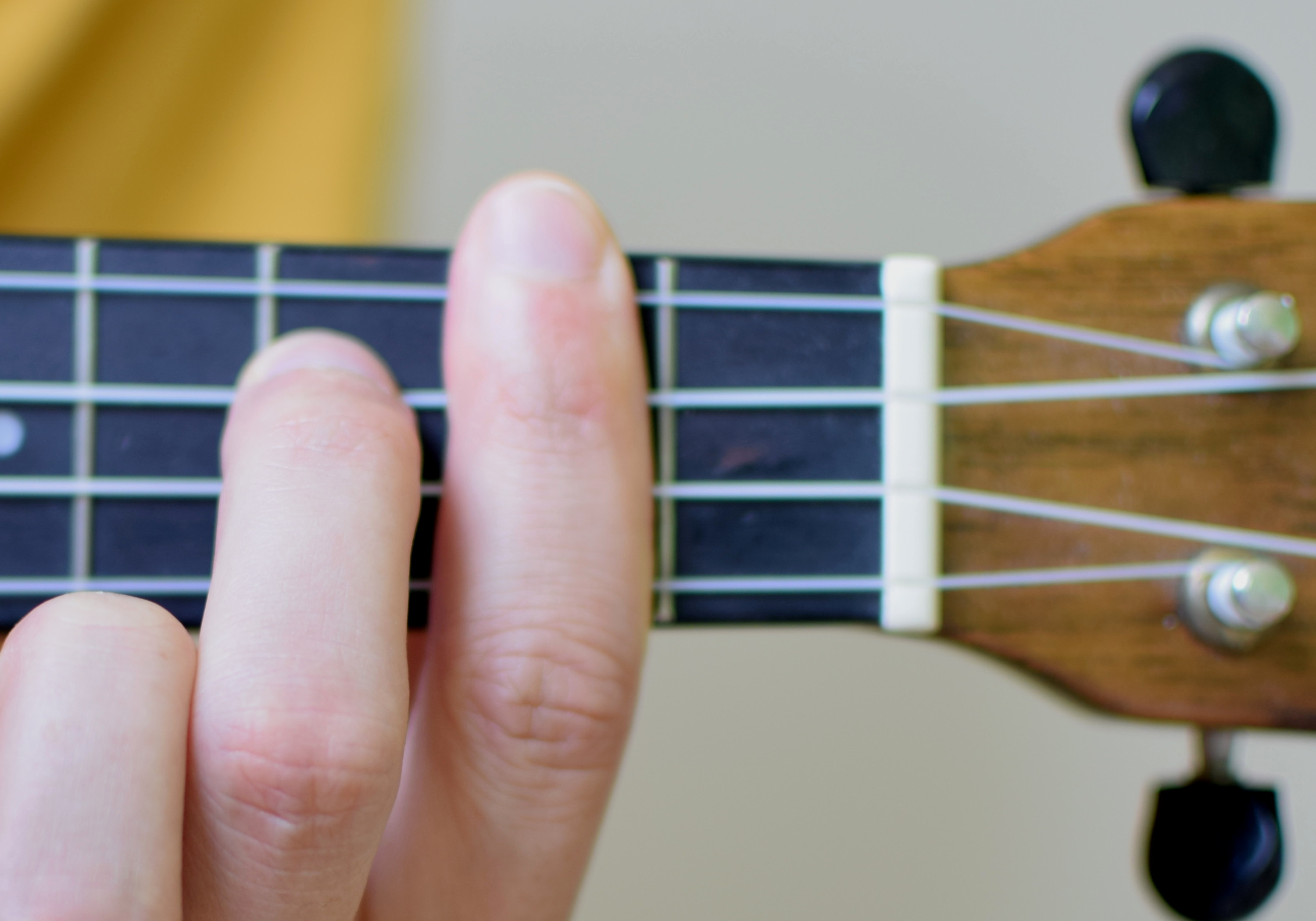 When there is a number in left-top corner of the diagram, it means that the fingerings don't start at the fret zero (nut) but at the fret with that number. For example in this Bdim7 chord variant you place your index and middle finger on the fourth fret. Notice that the top-most fret is drawn with a thin (instead of thick) line because it is not the zero fret. 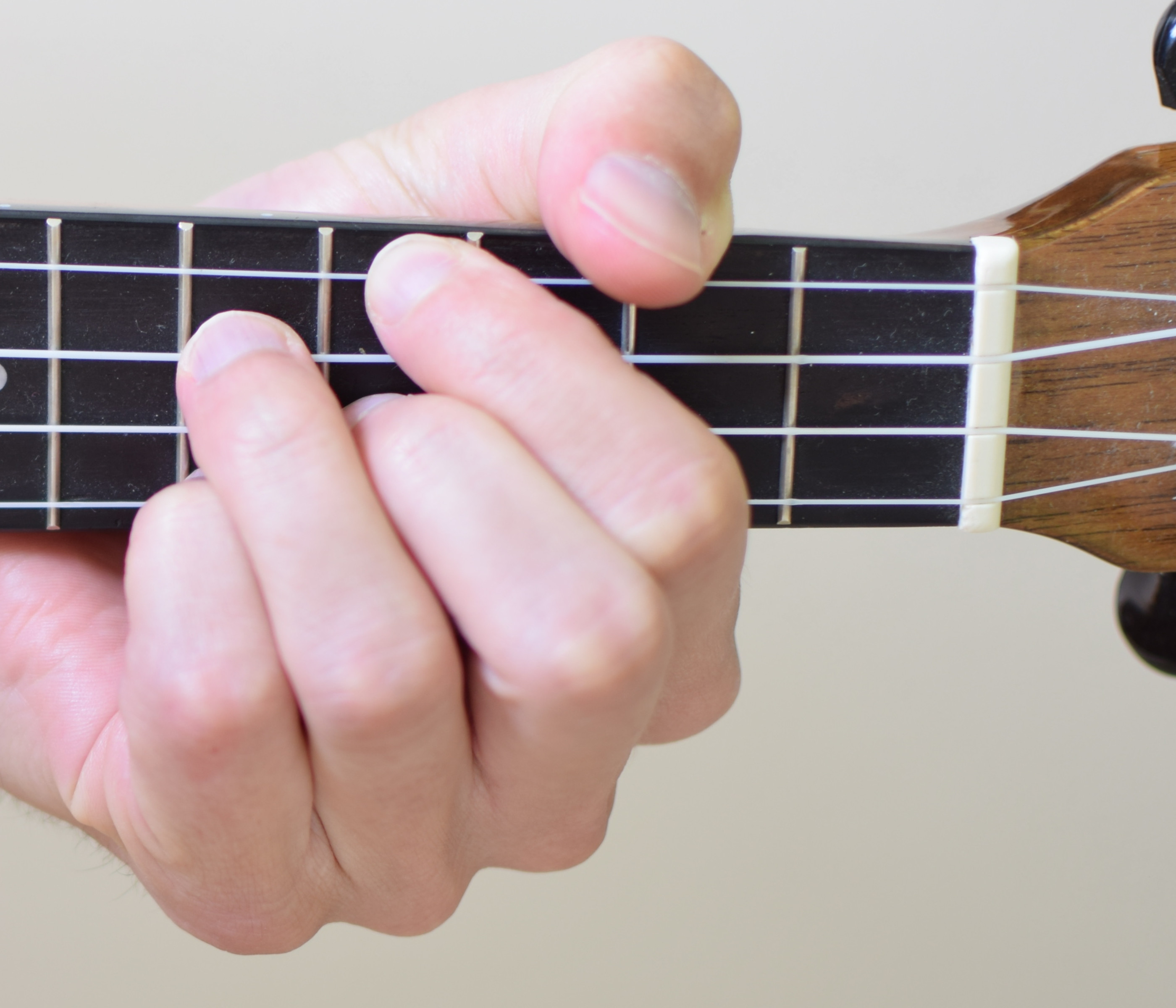 Chord intervals (for advanced players) The numbers at the bottom of diagram are the intervals of chord notes. The diagram shows on which strings are the notes placed. For example the chord D has notes:


One of the fingerings for D chord is:

Get our mobile App